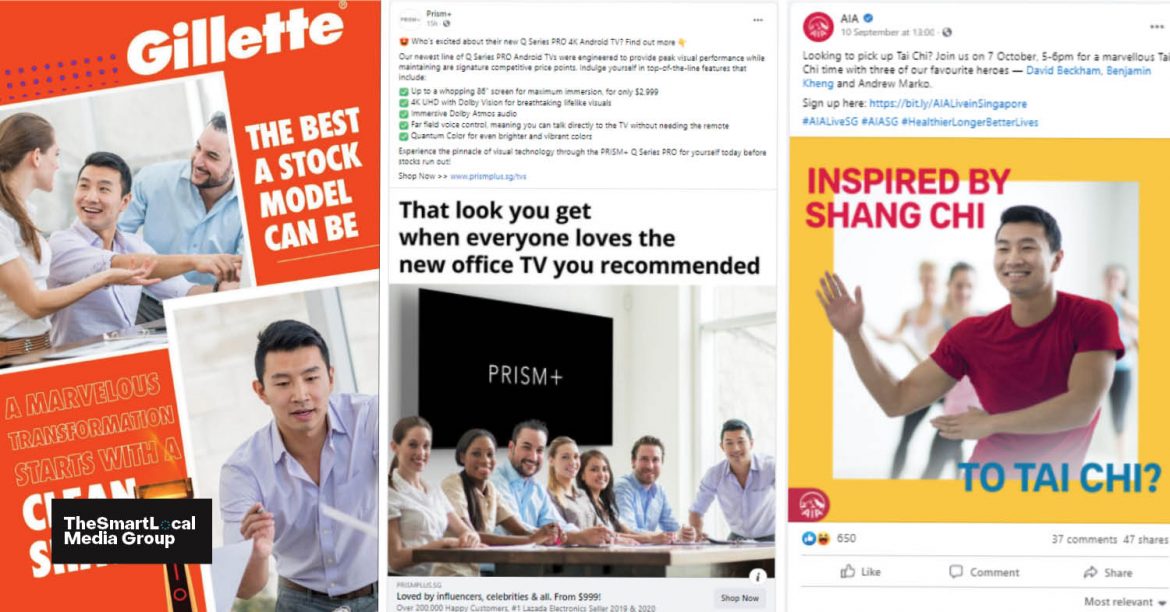 Marvel’s Shang-Chi and the Legend of the Ten Rings has struck a match and set the internet ablaze with an inferno of talk and memes. Marvel enthusiast or not, we guarantee that at least one stock image or meme of an overly zealous Asian man has crept onto your social media newsfeed.

Struggling to make sense of it all? Let’s get you up to speed. Yes, the smiling dude in those viral iStock images is indeed Simu Liu, the actor who plays the male protagonist in Marvel’s latest blockbuster. Talk about a glow-up. Before he evolved into the ten ring-wielding superhero that is he today, Simu Liu revealed that he was so debt-ridden at one point in his life, that he had to resort to modelling and selling his image rights for a measly sum of $120.

Now, we all know that a thing isn’t really viral unless brands join in on the fun. So here’s a compilation of the five brands who leapt onto the Shang-chi bandwagon and didn’t get flung off.

What can we say? If our boy Shang-chi is using a Prism+ screen, we have no choice but to stan. Undeniably, Prism+ has a solid product, but their strategy of using influencers – scantily clad ones, at that – to promote their screens hasn’t always appealed to the masses. We’re just glad that we’ve got Simu serving up a hearty portion of wholesome memes to motivate us to upgrade our WFH setups.

We’re quick to put our guards up against all things insurance-related. Liking branded posts on Facebook? Nope, that ain’t us. That’s probably why over a million people like and follow AIA on Facebook, but only a handful of people interact with the brand’s everyday social media posts. Here, AIA borrows a little of Shang-Chi’s swift reflexes to promote their upcoming on-ground Tai Chi event. Clever? The 650 reactions and spike in shares and comments speak for themselves.

What’s the likelihood of our dear hero ridding himself of that five o’clock shadow with a trusty Gillette? Pretty damn high, considering Gillette is one of the biggest razor brands in the world. It’s also fitting how their newest LAB heated razor blade is totally on the money when it comes to vibes and colour palette. Is that heat emanating from the blade? Or Shang-Chi’s cosmic energy?

No, LOTR is in no way related to the Marvel multiverse but that movie referencing in the copy was simu-ly done. Gotta love the side kick-superhero power play and wordplay in Burger King’s take on the matter. The proof is in the pudding – if you’ve got a good meme wave to ride, you don’t even need to deploy your art designers, just use any old free meme-generating platform.

As the old adage goes, “If the shoe fits, wear it.”

Well executed meme, good accompanying copy. Come, let us clap for Viu. Clocking in an impressive 428 laughing emojis and half the number of likes, it’s safe to say that this timely post was a success thanks to Viu’s agency, Tribal Worldwide Singapore. Fun fact: Tribal is also the agency behind Burger King, proving that you can pull off two very effective, timely branded posts without people assuming one brand plagiarised the other.

Trend-jacking – Jumping on the “viral” bandwagon

Hitching a ride on the back of a viral topic a.k.a. trend-jacking is one of the easiest ways to throw your brand into the spotlight and back into the minds of consumers. With that said, a fine line still exists between pure genius and tacky when it comes to memes, so execute with speed and tact. The faster you join in the action, the more views and positive associations your brand stands to gain. Miss the wave, and it’s gone forever.

Branded content aside, hop over to see how we jumped on Shang-Chi x iStock meme bandwagon ourselves to put together an organic piece titled “We Rank Simu Liu’s Stock Photos From Better To Best, Cuz Honestly They’re All Iconic” for TheSmartLocal.

Alternatively, check out some of the other topics we’ve covered over at TSL that performed well due to sheer timeliness: