If this Korean phrase sung by the creepy doll of the “Red Light, Green Light” game is constantly playing in your head – and making you freeze – you have been bitten by the Squid Game bug.

This hit Netflix show about desperate folks playing childhood games to win 45.6 billion won or die horrifically has captured all our imaginations. It has swept the world by storm, unleashing waves of countless memes, theories and innovative marketing campaigns.

Of these, some brands have survived the Game Of Grabbing Attention a bit better than others. Let us look at the finalists who’ve made it – for now.

If anyone told you that the honeycomb candy challenge in Squid Game was easy, send them off to the Brown Butter Cafe, a cafe in Orchard that lets folk test the steadiness of their hand with an IRL challenge.

Pro tip for marketers: Use social media popular with your target audience! The cafe has smartly gained media attention by showcasing the viral challenge on Instagram and TikTok, and gained footfall by giving aspiring Players a free latte if they’ve aced the “survival” game.

Read more about the Brown Butter cafe’s Squid Game challenge or watch our TikTok video below.

Some Singaporeans have lovingly called Squid Game “Sotong Game”, and so it’s really an opportunity for seafood places to get their claws in on the trend. One resto that did this well is zichar restaurant Buey Tahan See-food, which created its very own Crab Game.

They even came up with an invitation card that bears an uncanny resemblance to the one Gi Hun was given in the show – albeit with a not-too-crabby twist.

These cards are given at random to customers and a QR code on the flipside reveals a game of Flappy Bird (sorry, no Red Light Green Light). The idea is to rack up 456 points in tribute to Player 456, and possibly get $456 as a grand prize.

Pro tip for marketers: Brands can learn from the seafood resto on how they’ve tapped on word association (Squid and Crab) and used trending and low-cost elements like the card to create hype. A good marketing campaign doesn’t need a huge budget – it just needs a good concept! 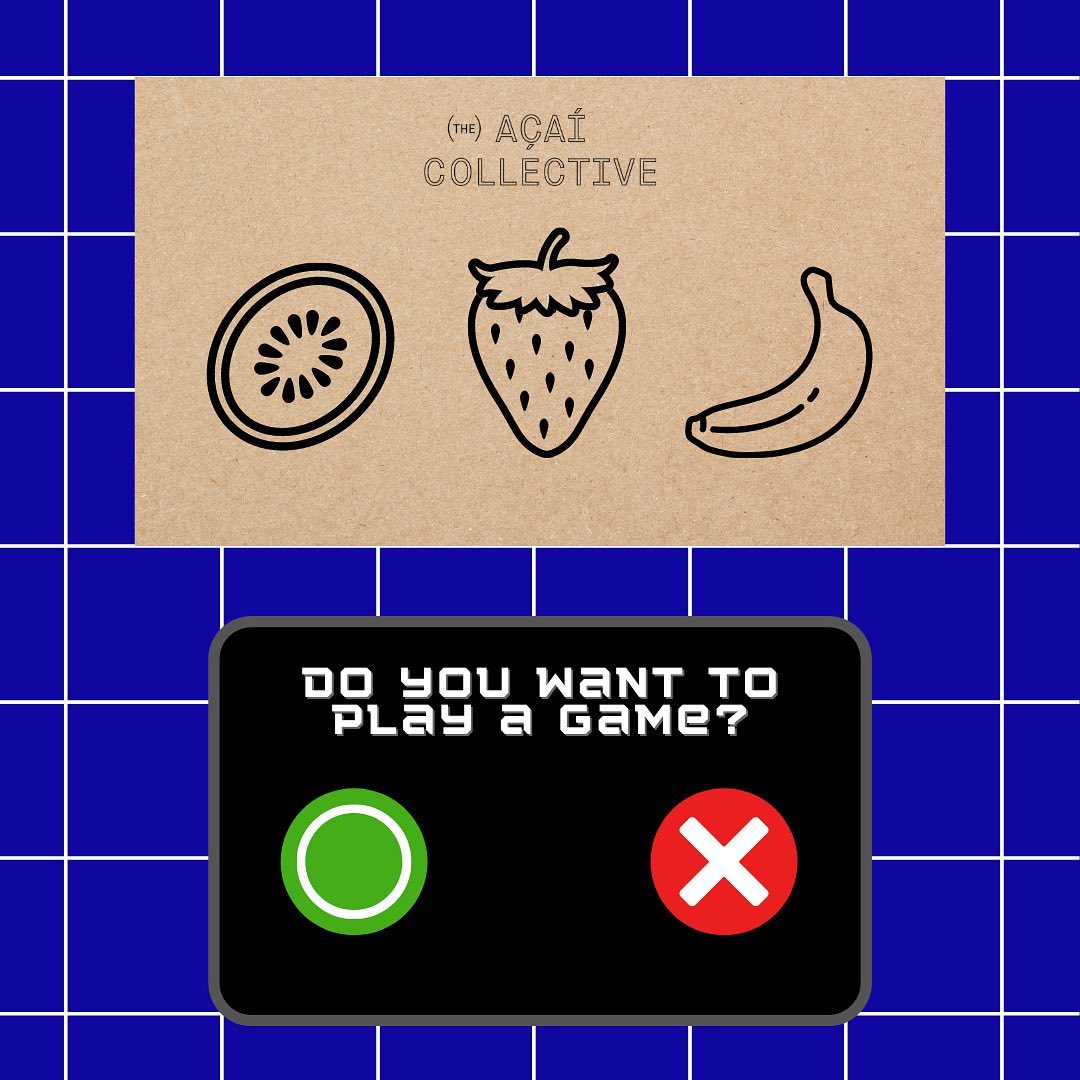 Sometimes, you don’t even need physical objects like cards to carry your campaign. The Acai Collective saves on printing fees by having a digital card shown on their Instagram post competition.

You might remember the moment in Squid Game when Gi Hun asked for chocolate milk instead of milk and bread due to his lactose intolerance (#relatable).

Marigold has jumped on the bandwagon to great effect – with the IG post about its chocolate milk garnering an impressive 4,283 likes in just a few days. The on-point product alignment with the show’s elements is so smart it could give Sang Woo’s big-brain strategies a run for his money.

Pro tip for marketers: Never underestimate the power of a good tagline or caption. It can be simple, but powerful.

This tongue-in cheek post got 2,800 likes and 756 shares, probably due to the brand not trying too hard to be trendy – like those Boomers on TikTok. NTUC is secure in its brand identity and even dares to poke fun at itself. Also, props for creative use of food for the iconic Squid Game shapes.

Pro tip for marketers: Engage your community! NTUC replies to its commenters in a light-hearted and trendy way. This could well help your social engagement if done right. See below:

Our neighbours across the Causeway are also on the Squid Game hype-train. For instance, this photo of popular mall Sunway Pyramid has photoshopped pink-suit workers in place of Social Distancing Officers to encourage people to follow rules.

One can wonder if the mall’s lion mascot will shoot us down like the huge doll in Squid Game if we don’t follow SOPs.

From real-life challenges to smart taglines, brands have made an impact by releasing timely Squid Game related content or campaigns. The best of these are secure in who they are as a brand, and know how to harness the power of social media and meme culture. Of course, time is of the essence, so ride on the Squid Game trend while the honeycomb is still hot – or risk being shot at as passe.

And in case this has piqued your interest for more Squid Game related content, check these articles out from our TSL and sister site’s ecosystem:

If you, dear marketer, would like to check out more best practices for branded content, these are worth a read too:

Stay up to date!Receive news, promotions and more via email from The Smart Local