Who are Helen & Ivan, and why is everyone talking about coins? In another episode of what’s new on the viral content carousel, there’s October’s infamous 2021 PSLE math question. So difficult, it had mere children – and some grown adults – breaking down in tears.

The question at the epicentre of this debacle features two fictitious characters – Helen and Ivan – lugging around an incredulous amount of coins. With only the weight of Helen’s coins and the number of 20-cent coins known, poor students were then made to find out who exactly was the richer of the two, and the weight of Ivan’s coin stash.

While we won’t attempt the question to conserve our remaining two brain cells, we’ll bring you this list of brands who did something even better than solving the problem: use its virality to catapult themselves into the purview of people well beyond their current pool of consumers. 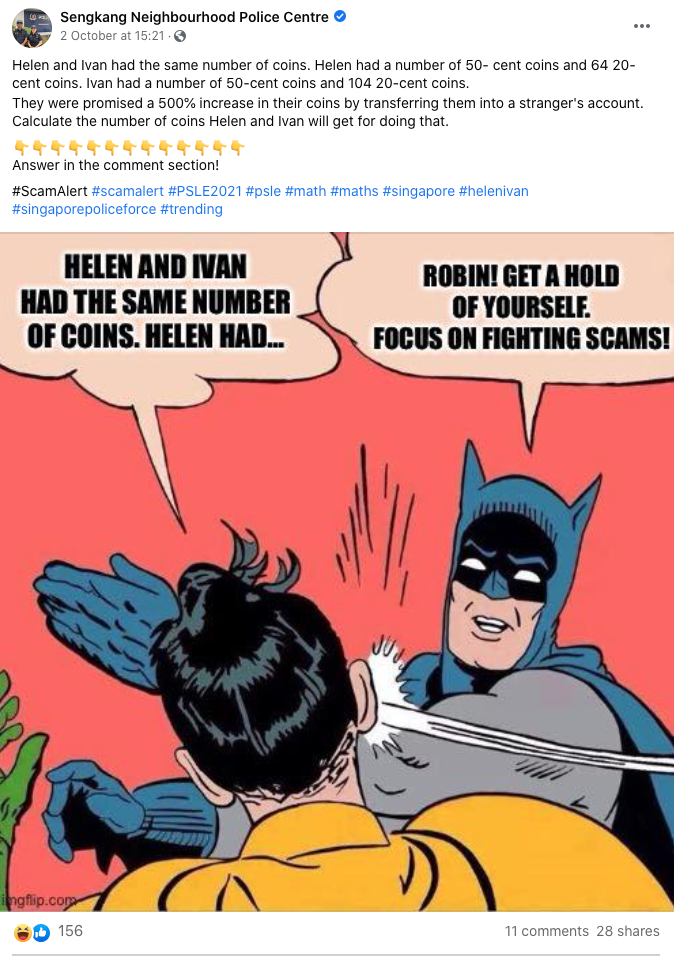 Singapore’s police force, as we know them, is quick to react to almost any issue – be it the loss of an IC or a robbery. And Sengkang’s NPC is obviously the fastest, as proven by how fast their social media team’s jumped on the PSLE trend with a befitting meme to slap some sense into gullible folk out there.

We don’t all have the time to be solving PSLE questions, but a well-crafted, humorous post with a clear objective will do wonders to raise your brand’s visibility and vibe with your audience. 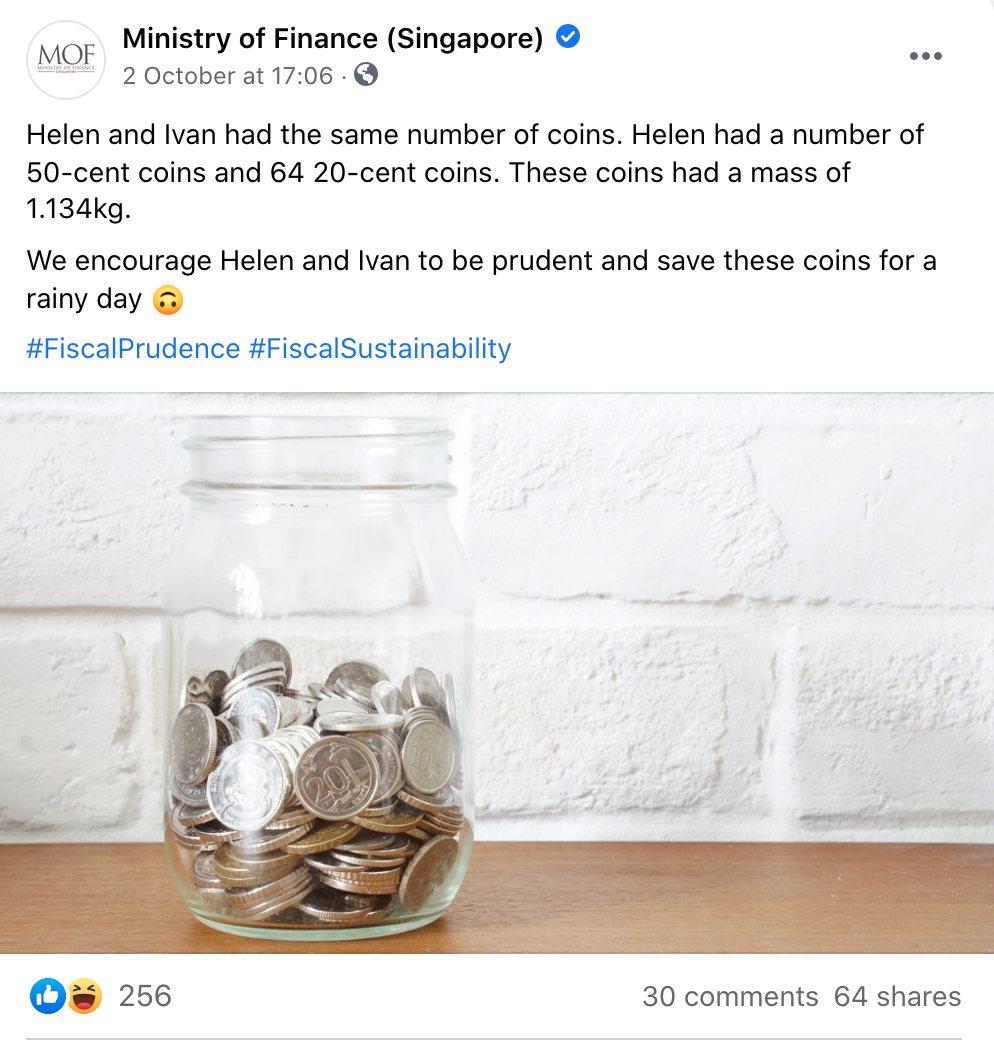 For one, we’re wildly surprised that the Ministry of Finance was so quick to get in on the math act. Even with the use of that generic stock image, it’s evident that at least 256 people had a good laugh.

DBS was swift to plug their product in by reminding the public that in this day and age, there’s close to no need to bother with heavy coins when you can simply PayLah!. We’re also confident that those who failed to crack the coin case are pretty put off by the weight of the coins in their pockets right now.

The Singapore Red Cross was also another brand that jumped on the bandwagon early. And while they didn’t have as much of a conversation going in the comment section, they did still manage to garner 101 likes and 27 shares.

Lugging a kilo of coins around is unrealistic… unless we’re headed to bank them in, of course. Here, OCBC takes the cake and wins hearts by promoting its fee waiver on coin deposits – something they only implemented in April this year.

Does trend jacking work for all brands? It depends. In the case of Singapore General Hospital, we can see that a good number of people did love the hilarity of the post, but in the face of a pandemic, there were a handful of followers who didn’t react too kindly to SGH’s involvement in this lighthearted marketing competition. 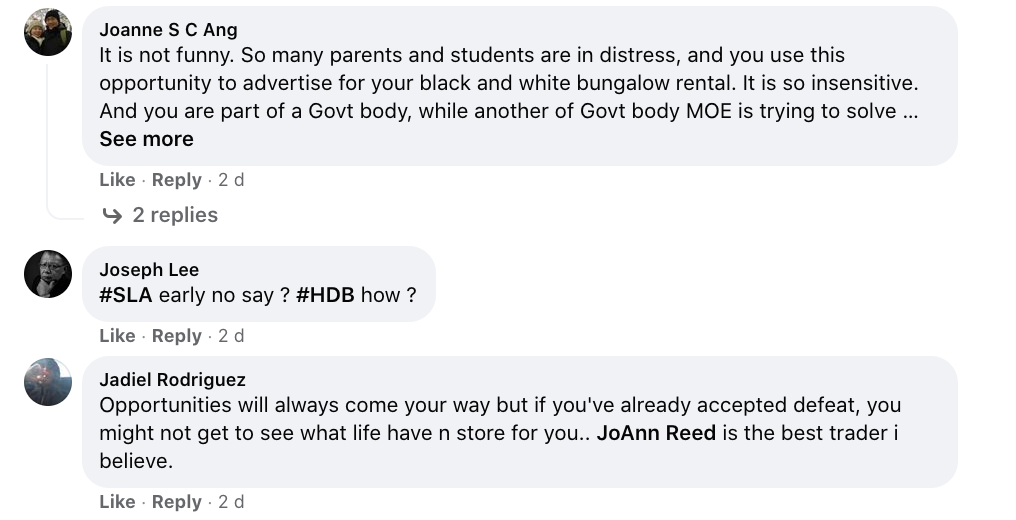 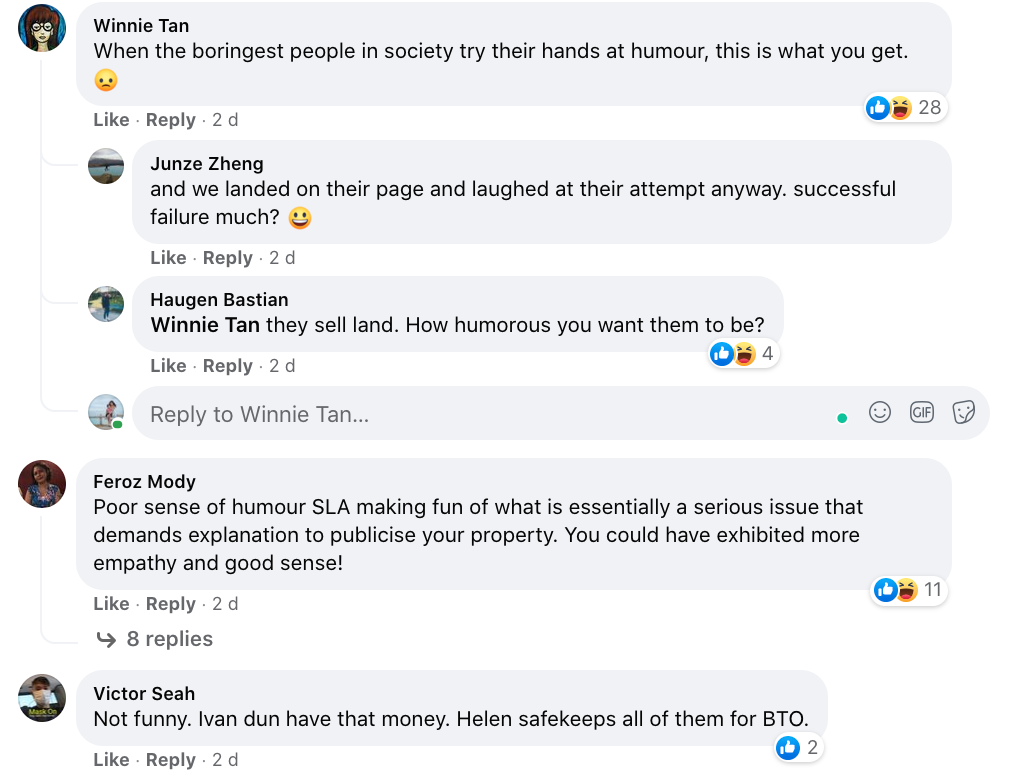 SLA may not have had the first-mover advantage or a lot of backers for their original post, since renting < owning a property in the eyes of most Singaporeans. But this post definitely has Ho Ching’s stamp of approval. Even if you can’t win over the mob, anything that the Prime Minister’s wife shares can be considered an instant success. 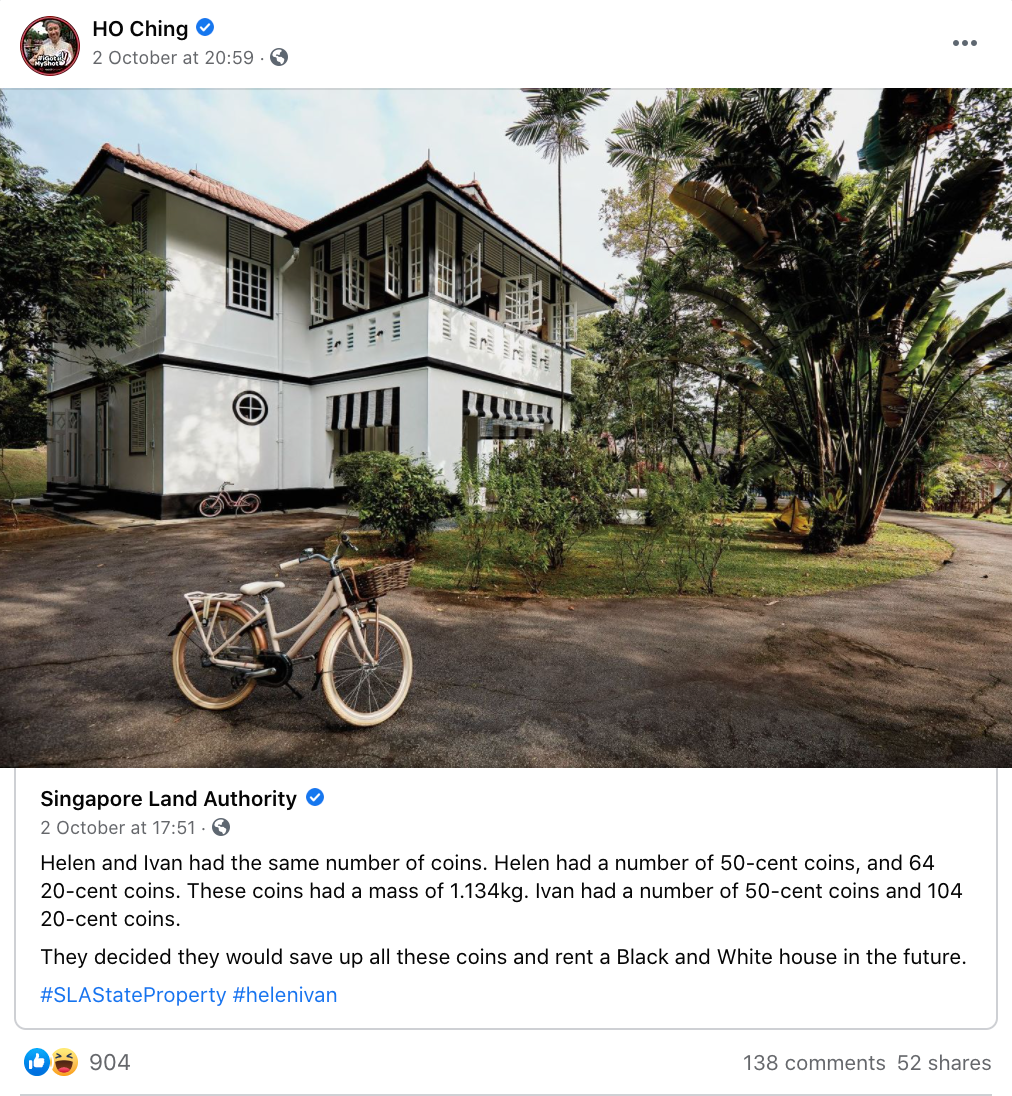 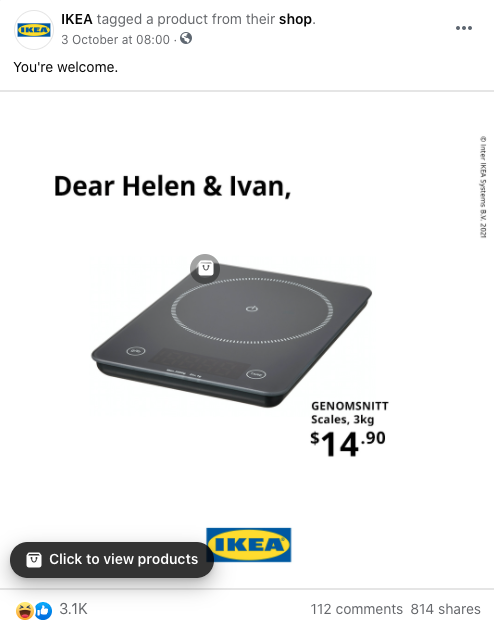 Most brands on the list have been following the same template of copying and pasting the first half of the original question, and tweaking the ending. IKEA, on the other hand, breaks the mould by presenting everyone the solution – in the form of a weighing scale, no less! From looking at the sheer number of interactions garnered, it’s safe to say they outweighed the competition!

Wanna up your reliability as a brand? Get your social media team to interact with the commenters. It works in your favour to throw in a couple of puns and some light humour.

Key “Helen & Ivan” into the search bar of any platform from Google to Facebook, and you’ll be presented with an ever-growing list (for now) of brands still scrambling to jump on the PSLE question bandwagon.

As we’ve seen with other trendjacking case studies such as Shangi-Chi and Squid Game, timeliness is key. The sweet spot for ultimate interactions and hype is to push your take on the matter in under two days from when the topic goes viral. Arrive too late to the game, and the joke just isn’t funny anymore.

It’s also pertinent to identify whether or not that jumping in on that particular trend ties in with your company’s overall branding. We’ve seen even government bodies reaping the benefits of a well-timed and witty post, but backlash can also come around for brands who don’t consider public sentiment at the time.

Had fun solving this PSLE question? Try your hand at other difficult and iconic PSLE questions from yesteryear over on TheSmartLocal.com.

Stay up to date!Receive news, promotions and more via email from The Smart Local